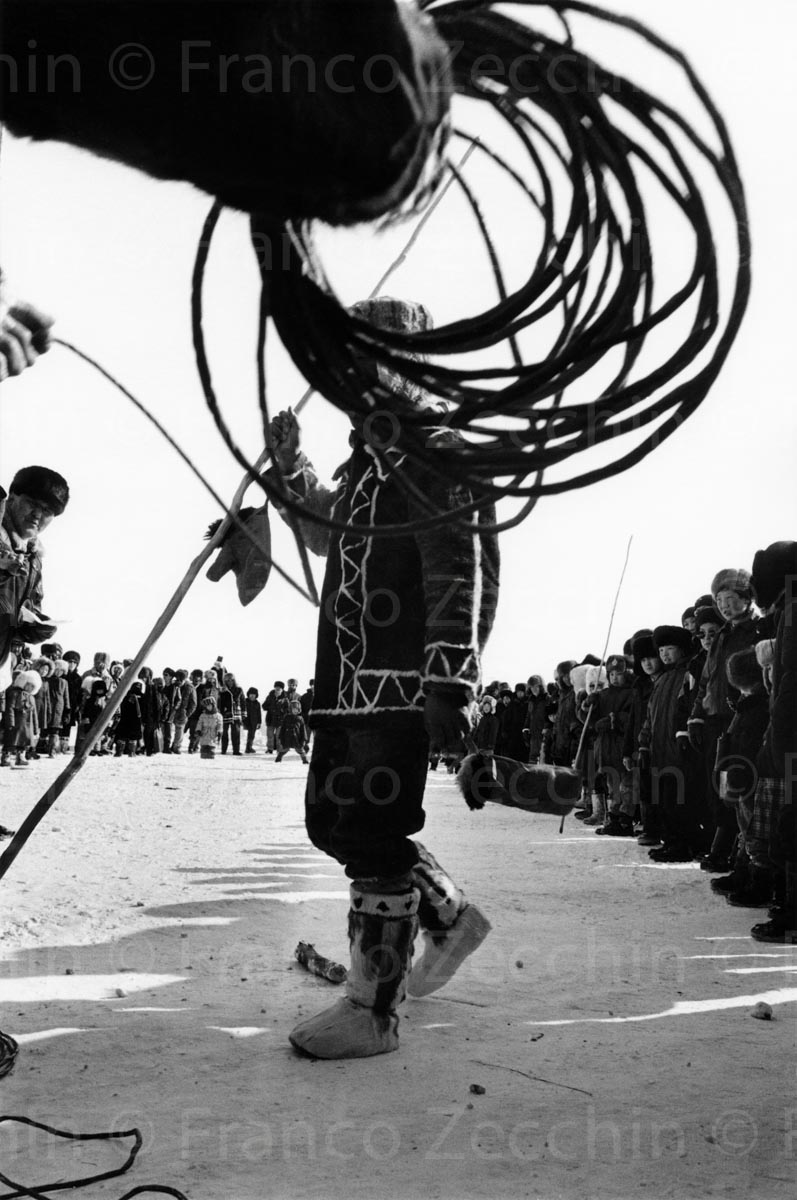 Numbering about 17,000, are one of the 26 Siberian minorities of the former Soviet empire. Originally from Manchuria, they migrated at least eight centuries ago to the glacial tundra borealis. Long subjected to the policy of sovietisation and sedentarisation, only 2,000 Eveny out of the 10,000 living in Yakutia (which became in 1990 the Autonomous Republic of Sakha) are still pursuing reindeer herding on territories increasingly won over by exploitation. uncontrolled mineral wealth.

The little plane took more than tree hours from Yakutsk, the capital of the Sakha Republic; tree hours of flight over the iced white tundra to land here, in Sakkyryr, a village of 1700 inhabitants at 150 km north of the Polar Circle. Here, between wooden houses and barracks under the snow, is possible to find the local administration, the primary and secondary schools, the little hospital, the police station, the emporium, a theatre, the electric and heating plants. It is the beginning of spring; the temperature (-36° C) is slowly growing. The sun is shining over desert and silent roads; the smoke coming out from the house chimneys shows that someone is living there.

Around the village, in a range of hundred kilometres, are sprinkled six reindeer-herders’ camps where lives only men. Children and women are settled in the village, the children are going to school and the women are working as schoolteachers, storekeepers and accountants, jobs which allow them to look after the house. But at such low temperatures, the vegetation on which the reindeer graze grows back very slowly. In order to avoid overgrazing, the reindeer and their herders must move constantly over an annual circle of several hundred kilometres. As a result, the old form of nomadism as a way of life, in which the whole family migrated together, is condemned and eliminated. The social life is only in the village and herding become a worker’s job like any other.