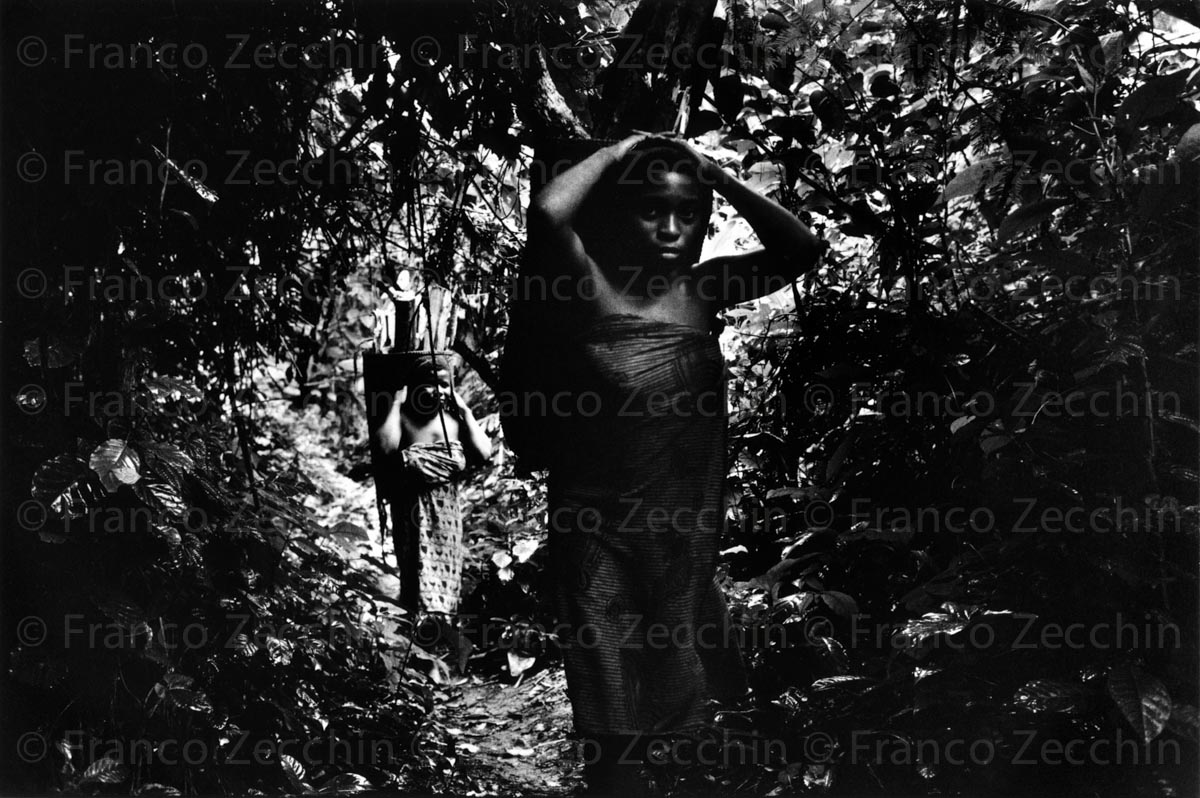 The Baka Pygmies of Cameroon are about 35,000, the total pygmy populations scattered over five countries in Central Africa amounting to approximately 200,000 people. They persist in a way of life based on hunting and gathering wild resources. Some groups are partially sedentary, others remain very mobile and the future of all depends largely on the fate of their environment, the equatorial rainforest plagued by the progress of farmers and international timber industries.

Baka society is « fluid », being composed of small, open communities. The society is flexible in all respects: in the movement of individuals, in the occupation of living space so as to allow freedom of access to resources, in the limitation of social inequality, and in the absence of centralized political power. The Baka ability to exploit natural resources depends on remarkable skill in observing and analysing their environment. The proper use of hunting weapons is dependent on techniques involving a refined acquaintance with the animals’ runs, feeding habits and life cycles.