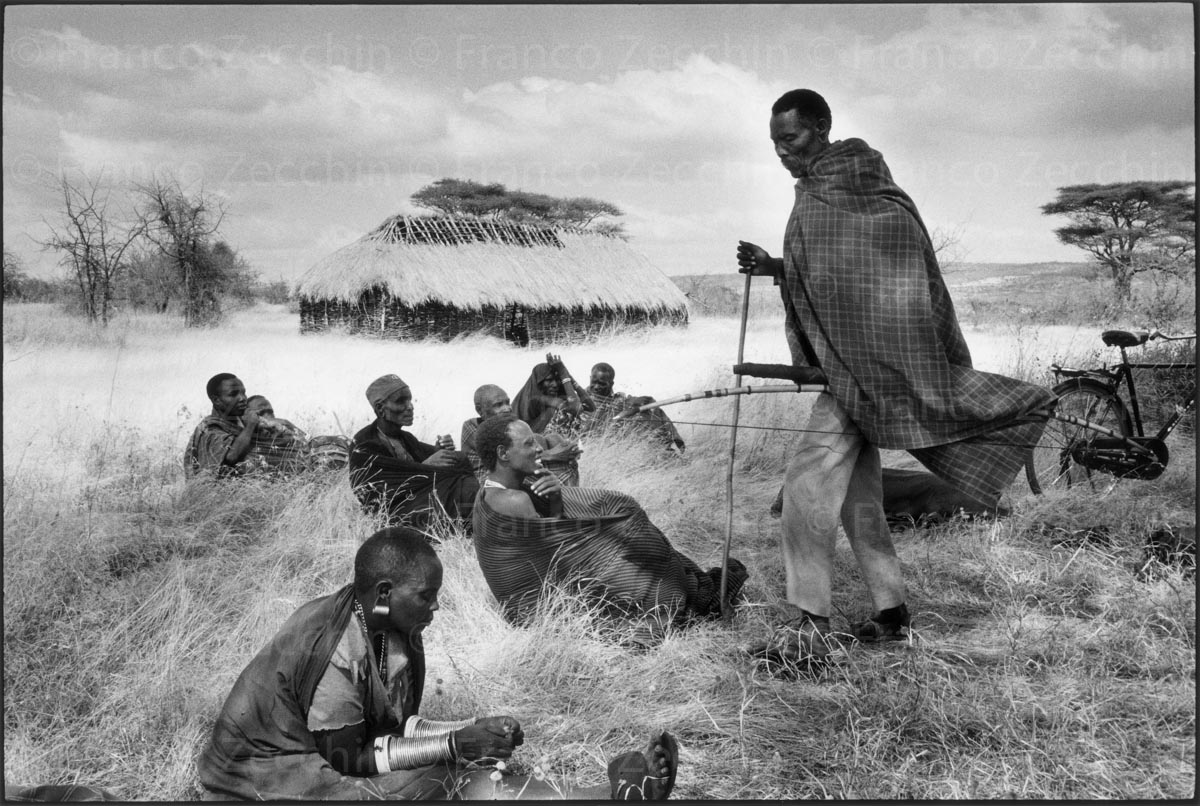 With other peoples such as the Masai and Fulani, the Barabaig represent, alongside nomadic camel herders, the other form of nomadic pastoralism in Africa, a continent that includes half of the 40 million nomadic pastoralists of today. Throughout a band of savannahs, from the Atlantic to the Indian Ocean, these populations mainly raise cattle and are often mixed with farming communities. The Barabaig, who number more than 50,000, live in Tanzania. Faced with the gradual confiscation of their pastures in favor of agricultural enterprises, they launched a legal battle that has already achieved some success for the recognition of their rights.

Consistent with the pastoral ideal, the Barabaig make every effort to serve the needs of their livestock. Location of habitation and movement of Barabaig households, therefore, is primarily determined by considerations of animal husbandry.

The village assembly. The Barabaig have existed on the same pasture resources held in common for hundred of years without destroying them. One of the reasons for their success arises from the way they regard the land. They accept that they are an integral part of a wider whole that includes soils, water, vegetation and animals. Being members of a larger entity, they treat land with the utmost respect. They are able to enjoy its bounty, but not regard it as a commodity and exploit it without considering its future preservation.