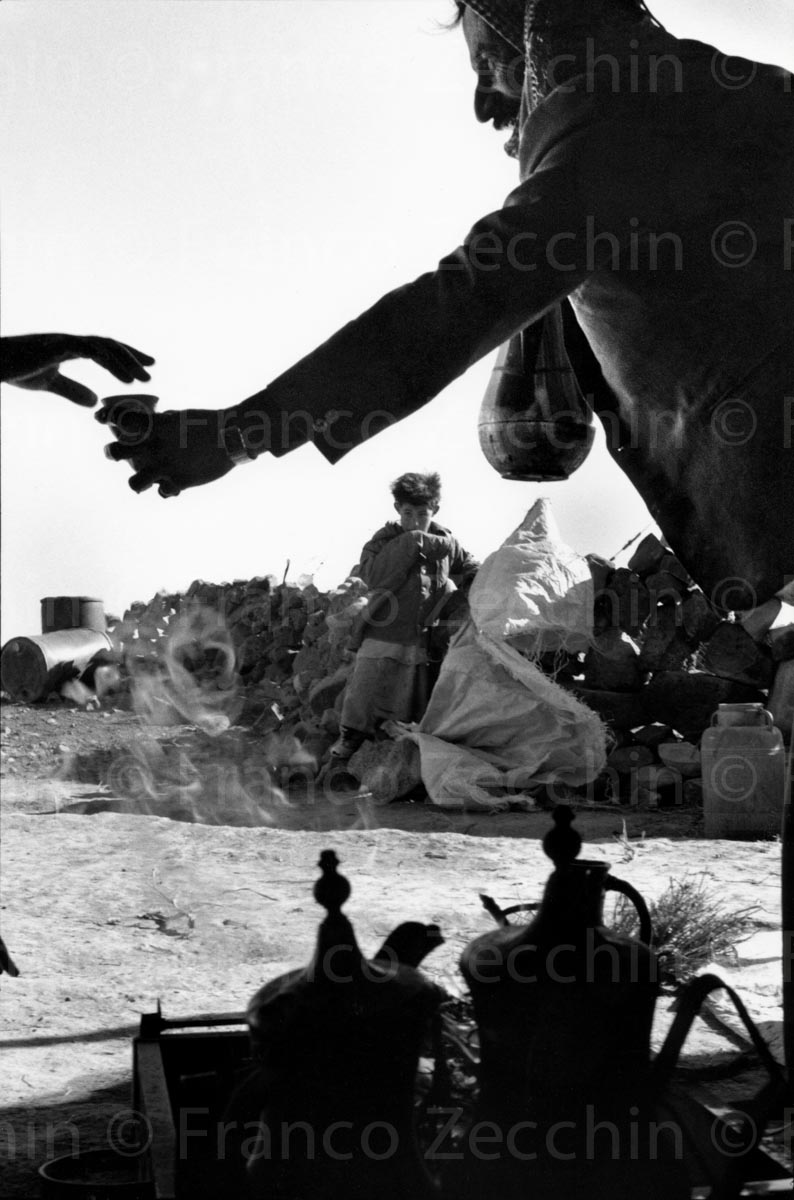 Bedouins derive their name from the Arabic word badya which designates the steppe, their favorite domain for more than a millennium. Organized into conquering tribes, herders of camels and sheep, messengers of Islam, the Bedouins spread their culture of Arabia, their cradle, to the whole of the Middle East and then to North Africa. They are about 130,000 in Jordan. Many have been affected by the sedentary and agricultural extension programs advocated since the 1950s. But in the face of the failure of these choices, which led to the degradation of the steppe and deficits in food resources, the Bedouin pastoral economy is now being honored.

To adapt to their harsh environment they followed a fairly consistent pattern of migration reinforced by tribal custom and desert economy. For the pragmatic Bedouin, sheep and goats have become a preferred form of wealth through which he somewhat maintains his traditional way of life hence achieving much needed psychological and social satisfaction.