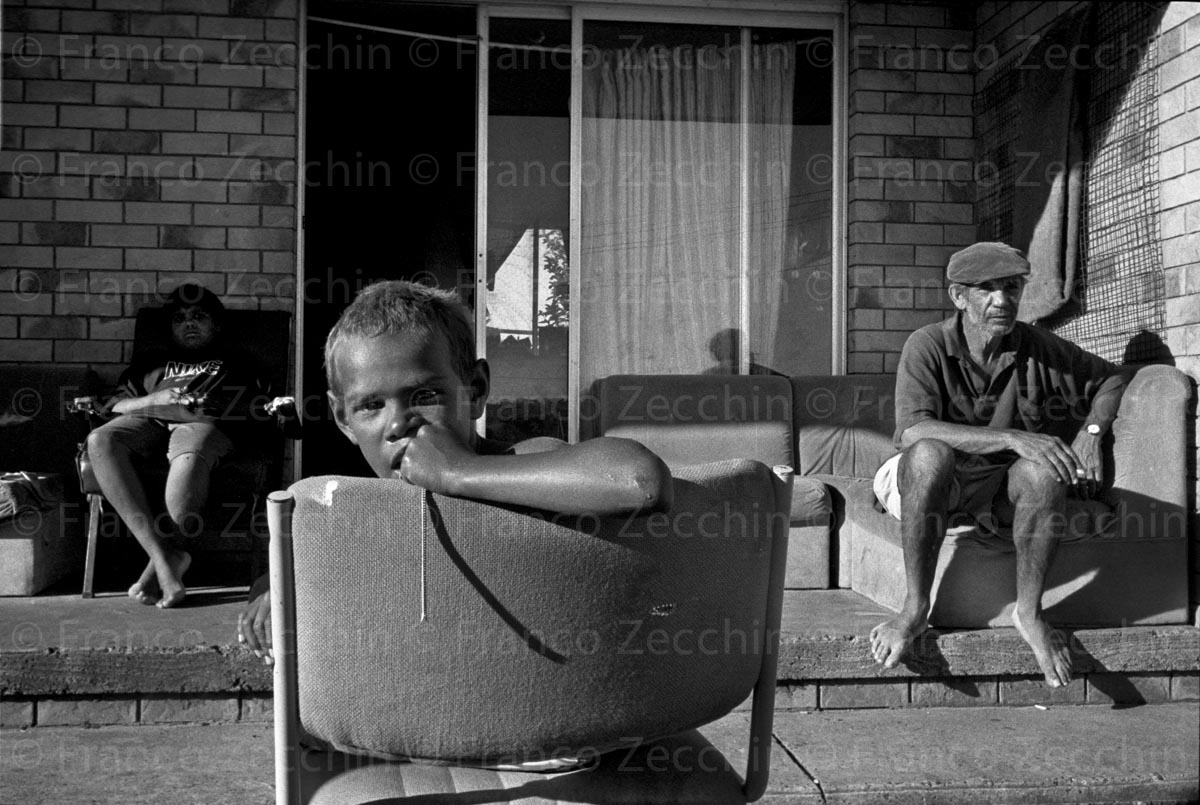 According to the Aboriginal concept of the world, there was a period before man inhabited the earth when ancestral spirits in human and animal form wandered freely, and, in the course of passing through the country, shaped the physical environment. Rivers and water holes, hills, and rock formations were all created in this way, and the locations of particular epic struggles between the spirits became sacred sites.

Australia has two separate histories—one white, one black. The former is of a difficult but ultimately successful settlement of a harsh continent, of the exploitation of rich agricultural and mineral resources, of the creation of a hardy, no-nonsense social structure where the highest distinction is to be regarded by one’s peers as a « mate. » The black version is quite different—one of dispossession of the land after 40,000 years of stewardship, of racial prejudice, victimization, delinquency and social decay.